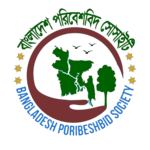 A National Platform for All Environmental Graduates in Bangladesh

On the occasion of World Wetlands Day 2022, the Bangladesh Poribeshbid Society has organized a meeting with the theme “Wetlands Action for People and Nature” in 2 February 2022.

Wetland Expert named Md. Anisul Islam, Director, Center for Natural Resource Studies (CNRS) was present as the keynote speaker at the discussion session. The inaugural address was delivered by Dr. Mohammad Mahfuzur Rahman, President, Bangladesh Poribeshbid Society and Departmental Head, Department of Climate and Disaster Management, Jashore University of Science and Technology (JUST), Bangladesh. Mr. Md. Arifur Rahman, Executive Director, Bangladesh Environmental Society was present as special guest in the discussion meeting.
Highlighting the importance of actions to conserve and sustain wetlands, the keynote speaker said, “The number of wetlands in Bangladesh is declining day by day due to various human activities. If wetlands are not protected, all types of biodiversity including fish, crops will be threatened. We need to take immediate steps to protect the wetlands. We need to make it mandatory to set up ETPs for all industries. “
More than a hundred environmental graduates and students studying in the environmental Science department from different public and private Universities of Bangladesh were attended in the online webinar. Dr. Aminur Rahman Shah, A Post-Doctoral Fellow of Prince Edward Island University of Canada was conducted the program.
An international conference of world environmentalists was held in Ramsar, Iran, at 2 February, 1971, on highlight the importance of actions to conserve and sustain wetlands. The conference signed an agreement highlighting the importance of international wetlands. Bangladesh signed the agreement in 1992. To remember this day, World Wetlands Day, celebrated annually on 2 February since 1997, aims to raise global awareness about the vital role of wetlands for people and planet. This is the first year that World Wetlands Day was observed as a United Nations international day, following its adoption by the General Assembly on 30 August 2021.

With great pleasure, I welcome you all to Bangladesh Poribeshbid Society- a national level platform for all environmental graduates in Bangladesh. We wish to be connected with environmental graduates and put collective efforts to progress environmental education and professional development of the graduates. From the beginning of the Society, we have already started various activities for supporting our members through providing information on jobs and scholarship opportunities, creating awareness through seminars and publications, and connecting graduates and current students through networking programs. We will explore every opportunity for our members and establish our professional positions in all sectors in Bangladesh. Also, we will take collaborative actions with other environmental organizations for enhancing environmental awareness and environmental protection in Bangladesh. I expect your warm and heartiest cooperation for fulfilling our mission and vision of the Society. 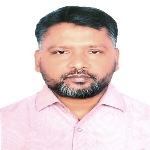